Here you will find talks that – unlike the workshops – only take place once. These include, for example, talks on lectures. You do not need to register for these events.

The Whitsun Fire Wandering book was carried through nearly all the European parishes from 2017 to 2022. The reports and experiences were written down in this three-volume work. The lecture depicts how the journey came about and how it was prepared, and it searches for what might come of it in the future. The Whitsun Fire Wandering book will be exhibited during the conference at the market of possibilities.

Personal details: Born in Detmold in 1966, Christian Community priest in Basel since 2013

Spoiler title
Initiative “Meeting others the world over”
A joint effort in creating a structure that promotes encounters with others within the Christian Community the world over
Are you active in your parish and do you find the idea of meeting other on a worldwide scale interesting? If your answer is yes, you can call this initiative to life in your own parish and represent your parish in the context of worldwide encounters.

Personal details: Member of the Christian Community parish in Cologne

Format of this event: Introduction and discussion 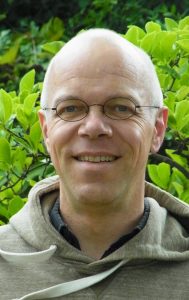 Based on participants’ questions, we will provide insights and impressions on the topic of abuse and on our work at the contact point for questions of abuse in the Christian Community. 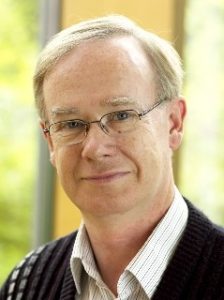 Personal details: Dr. med. Michael Meusers, born in Viersen in 1949, father of two daughters. University qualification exam a the Waldorf School in Krefeld, Medical school in Bonn and Tübingen, Neuropediatrician training at the Olgahospital in Stuttgart. Child and youth psychiatrist’s and psychotherapist’s training at the Herdecke Community Hospital, many years as head of this department, until retirement in 2015. Continuing education as a systemic family therapist, trauma therapy DeGPT and EMDR Supervisor and Psychotherapist. Member of the  Christian Community. Co-worker at the Christian Community “Contact Point for Questions of Abuse” since 2016.

Claudio Holland, born in Kiel in 1971, married, four children, university qualification exam in Kiel in 1990, alternative service at the Waldorf School in Kiel and in the field of curative education, training as certified goldsmith, priest’s training at the semiinary in Stuttgart. Since 2001, priest of the Christian Community, first in Bremen, starting 2007 in Braunschweig, since 2015 in Hannover. Co-worker at the Christian Community “Contact Point for Questions of Abuse” since 2016.

Languages: German, in a few cases Claudio Holland can translate from German into English übersetzen

W-12: Gospel (Eva Ortner - Herbert Bitzner - Andreas Meller) (DE)
Gospel
“In the beginning was the Word, here I falter, who can help me further…” (Faust) The human being, source of the living Word of Christ.

W-13: Offering (Imre Silye) (DE, HU)
Offering
What sacrificial offering do we make in the Act of Consecration of Humanity?

W-15: Transformation (Sabine Hecker, Laurentiu Cîmpeanu) (DE, ES)
Transformation
Word workings and the power of grace. Was is transformed …in us – throug us – around us?
We invite you for a joint effort in approaching the mystery of the Transsubstantiation.

W-16: Communion (Milan Horák) (DE, CZ, +)
Communion
We receive Christ’s body and blood in order to carry Him along with us into the world. 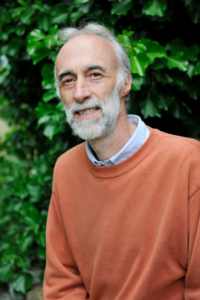 Personal details: Jean-Michel Florin, Born in Rosheim, Alsace, France in 1961, agricultural and environmental protection studies studies in goetheanistic science at the Research Institute of the Goetheanum Natural Scientific Section. Lives in Elsass, near Colmar.
After that, work in environmental protection education. Since 1988, coordinator of the national association “Mouvement de l’Agriculture Bio-Dynamique, F-Colmar”. Co-founder of the first French training in biodynamic agriculture. 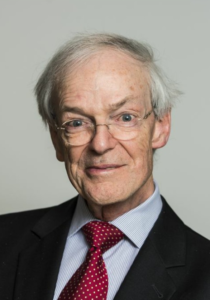 Personal details: Studied math, physics and philosophy in Tübingen und Erlangen, followed by the Stuttgart priests’ seminary. Active as a priest in Stuttgart since 1969, 30 years of which were spend leading the Priests’ Seminary. Publications in the fields of theology, Anthroposophy and contemporary history.

Semblance and Truth – Anthroposophy in the Media

Anthroposophical philosophy and work have been 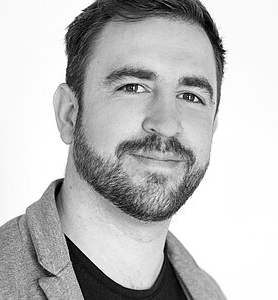 drawing public and media attention for 100 years. Today, more than ever, public opinion is largely shaped by printed, digital and ‘social’ media.

The ongoing critical media reception of anthroposophical ideas during the Corona pandemic shows that the erratic relationship between the two has entered a new phase, in which many areas – most notably medicine, education and agriculture – need to be understood and communicated in new ways.
Is it enough simply to point to the “fruits of anthroposophical ideas”, in order to recognize these ideas? How can truth be convincingly represented in a digital world of semblance? What is truthful and credible? Or is “the truth” a mere matter of media impact? And how can the essentials of anthroposophical thought be explained and expressed in a way that is comprehensible to the media public? We would like to explore these questions in two sessions on October 8th.

1st unit on the morning of October 8th: In two contributions Matthias Niedermann and Sebastian Knust will describe the developments in media coverage in recent years. In the subsequent round of discussions, questions from the participants will be answered and future perspectives will be developed together.

2nd session on the afternoon of Octover 8th : In a playful “media training” session we will practice tricky questions in order to arrive at a media-compatible and generally understandable philosophy and practice of Anthroposophy.

Personal details: Sebastian Knust: Born in 1982 in Leimen, after Waldorf school he worked in a favela in Brazil and attended the Free Youth Seminar in Stuttgart. Afterwards he studied architecture in urban planning in Stuttgart and Sao Paulo and worked as an architect for several years. At the same time, he built up the “campusA Stuttgart,” an anthroposophical educational initiative. Since 2020 he has been working for the Anthroposophical Society in Germany in the areas of public relations, education and project development.

Matthias Niedermann: born 1984, childhood in St. Gallen and St. Prex, Switzerland. Education and collaboration in the Camphill School Community Brachenreuthe, voluntary service in Georgia and later studies of philosophy, cultural reflection and cultural practice at the University of Witten-Herdecke. Since 2016 active in the context of the Anthroposophical Society in Germany: coordination of the congresses “Social Future” 2017 and 2020, since 2018 networking of anthroposophical associations in Germany. Intermediate editor at the journal “Erziehungskunst” and currently collaborator at the von Tessin Center for Pedagogy and Health. 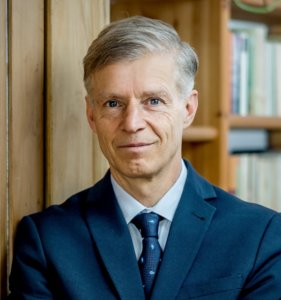 One look at the current political and economic situation is all it takes to show how powerful forces are at work behind the surface of events. What are their goals, and what are the means to their ends? When we recognize this, we can more easily answer the questions: What is in store for us? What can we do? How can we strengthen ourselves inwardly? (How do we acheive a Christian economic order?).

Personal details: Prof. Dr. Christian Kreiß, born in 1962: studied and received his doctorate in economics and economic history at the LMU Munich. Nine years of professional experience as a banker, seven of them as an investment banker. Since 2002 professor of business administration with a focus on investment, financing and economics. Author of seven books: “Gekaufte Wissenschaft” (2020); “Das Mephisto-Prinzip in unserer Wirtschaft” (2019); “BWL Blenden Wuchern Lamentieren” (2019, together with Heinz Siebenbrock); “Werbung nein danke” (2016); “Gekaufte Forschung” (2015); “Geplanter Verschleiß” (2014); “Profitwahn” (2013). Three invitations to the German Bundestag as an independent expert (Greens, The Left, SPD). Numerous television, radio and magazine interviews, public lectures and publications. Member of ver.di and Christians for a Just Economic Order. Homepage www.menschengerechtewirtschaft.de
The reason for my move away from investment banking to academia after our first child started school at the Waldorf School in 1998, was the books by Rudolf Steiner. This led to a fundamental life change. My true spiritual home is the Christian Community. I have been an altar server in the Munich West parish for a long time. Since Rudolf Steiner impacted my life (I have studied his works daily for over 20 years), I have been doing everything I can to lead us to a Christian economic and social order. All my books, all my contents are always based on core statements made by Rudolf Steiner. This is my life question: how can I bring the thoughts of threefolding, of Christianity, of spirituality into today’s analyses and impulses of economic life?